When I was 16 and taking piano lessons, my teacher Dr. Barbara Thompson held periodic workshops where 6 or 8 students would get together, explore topics and share compositions. I had handwritten several compositions in a notebook, submitted them for grading, and performed all but the last in the workshops.

Here they are, as usual typeset using GNU LilyPond. First, a PDF of the lot:

(1) Spring Birds, my first composition, actually named in 2011 because I hadn’t named it before and that’s what it sounds like to me. I have changed it to use a simple, pleasing ottavation notation, and have left out voice rests that unnecessarily complicate the simple score. It should be quite trivial to learn for someone who’s heard it. Otherwise, it might take some consideration.

(3) Vivace, a terribly short couple lines that is the least of them.

(4) May Daze, with the name gratuitously taken from an event at the Lehigh Valley Hospital Center back in the day. The goal assigned for this piece was to demonstrate key changes as well as a contrapuntal theme that repeated in different voices.

MayDaze.pdfDownload
MayDaze.midiDownload
– Warning: some of the tied chords don’t play as tied in the MIDI.

(5) Goldfish Rock, the most fun I think. The syncopated rhythm is hard to grasp at first. At least, so said Mrs. Thompson but she gave it an “A”.

(6) Commodore. This sixth piece was inspired by a two-voice tune that I heard playing on a demo of an 8-bit computer in a Computerland store at the Lehigh Valley mall. It may have been a Commodore VIC-20 or possibly a Sinclair ZX81. Please let me know if you can identify it, which might only be possible if I haven’t scrambled too bad.

Thank you for trying these admittedly primitive pieces and let me know if you like them! 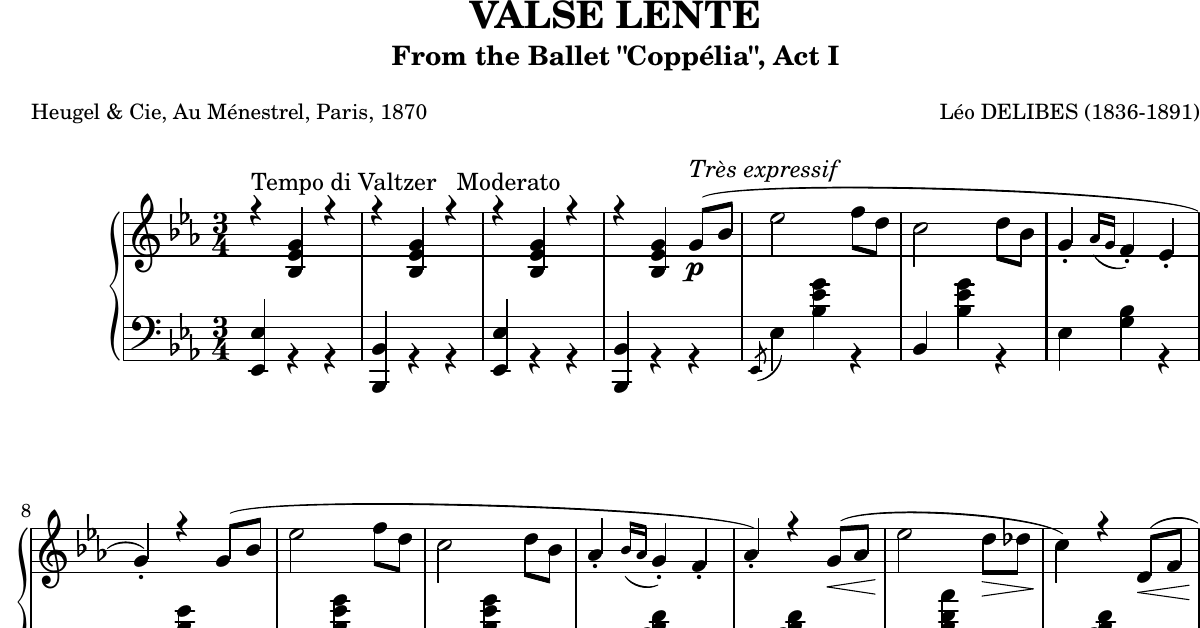 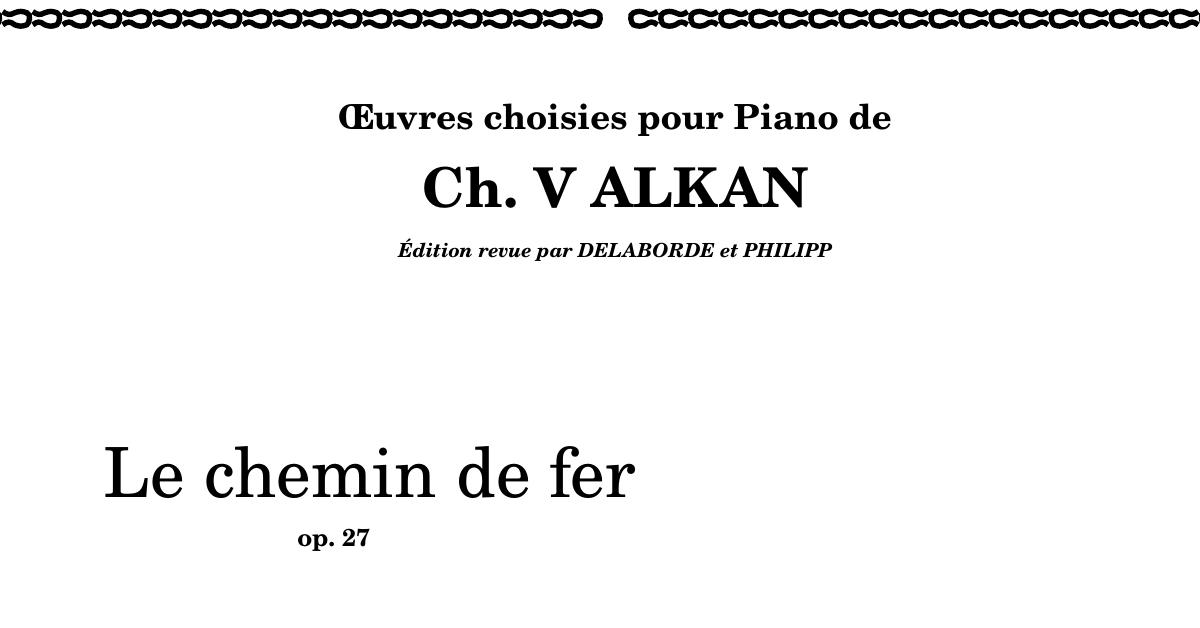 My first major project using the GNU Lilypond music typesetting software was to re-typeset the piano piece Le Chemin de Fer (The Rail) by Charles-Valentin Alkan. I had seen performances of this fun and ridiculously fast piece on YouTube and tried learning it myself.

Part of the motivation was to create a MIDI file to play it at Alkan’s insane indicated tempo of 112 to the half note, which equates to the right hand playing continuous scales and arpeggios at a rate of nearly 15 notes per second.

I had retrieved a PDF file of the M. R. Braun edition from here and decided to see how close to identical I could get with Lilypond. Some of the challenges included:

The LilyPond file is organized into 20 sections, 10 for the left hand and 10 for the right.

The MIDI file is automatically generated when LilyPond is run.

You can play the MIDI file in your browser using the tools from www.midijs.net. The speed is indeed ridiculous.

Watch an unbelievable performance of the piece. There are a surprising number of good performances on YouTube, plus many MIDI renditions.